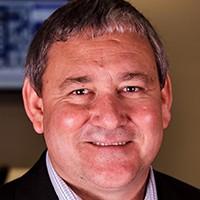 His academic career started as a lecturer in financial management in 2000 after having worked in the banking industry for five years and he has undertaken contract work for the New Zealand Government Property Management Centre of Expertise in Wellington, New Zealand. He has been awarded academic scholarships (national and international) and has widely published research articles in academic journals and presented his work at academic conferences. He also recently won awards presented by both industry and UniSA for excellence in community engagement through his research.

Braam’s research area is in the field of behavioural issues in property and finance. He is part of the Ageing and Housing research group at the University of South Australia where he focusses on behavioural issues in the aged population in making housing, financial and investment decisions. Further research interests include housing affordability issues as well as crowdfunding in property.