How many people are relocating to Australia, and where?

There has been discussion in the media about the challenges facing Australia's growing cities and debate about the impact overseas migration is having on the demand for housing, transport, infrastructure and services. Just how many people are migrating to Australia, which regions are drawing the most migrants and how does this compare with the longer-term trend?

How many people are migrating to Australia?

The majority of those on temporary visas (109,320 or 56.7% of all temporary visa migrants) were students in the Vocational Education and Training sector, Higher education sector and other Student category.

In addition nearly 9,000 New Zealand citizens exercised their right to live in Australia, while over 10,000 Australians left the country. As a consequence, Australia’s population increased by around 248,440 people due to overseas migration in 2018.

Where in Australia are they migrating to?

However, the number of migrants attracted to each Australian state and territory varies considerably, as does the proportion of each state or territory that increased its population due to new overseas arrivals. 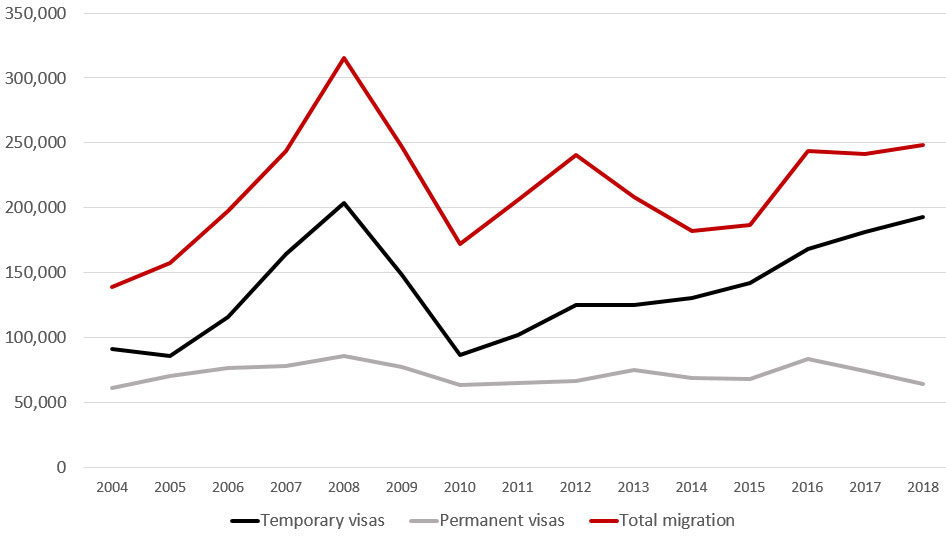