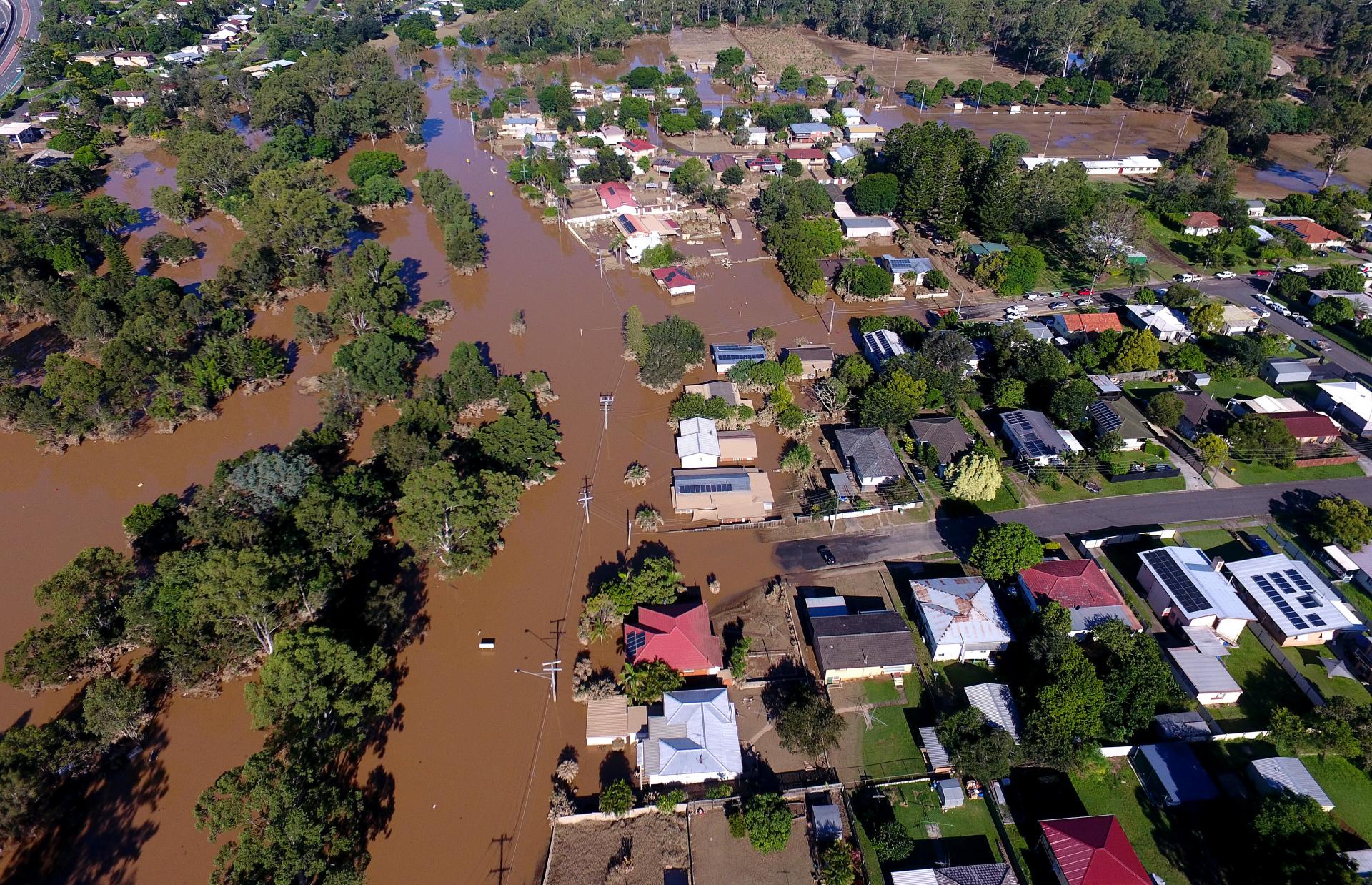 Floods and the future for housing insurance

The recent floods in east Australia will have a significant impact on housing availability in those regions affected and on housing costs, including insurance costs, more widely across Australia.

Such flooding raises a number of serious issues for housing availability in disaster prone areas, and in regions neighbouring. With very low vacancy rates already and rising rents, private rental housing is not readily available or affordable for lower income households who want to stay close by to their properties or work commitments (if still available).

For example, in Lismore (NSW), which saw extreme flood heights reach 14.4 metres (on 28 February 2022), and the Northern rivers region an estimated 2,800 houses have been assessed as uninhabitable, (although perhaps not all of these will be condemned to be demolished). Nevertheless, the removal of such a large number of dwellings from the supply of housing stock will have a very large impact on both availability and affordability.

Prior to the flood, rental vacancy rates in Lismore were a very low 0.5% in February 2022 (there were only 62 dwellings for rent in mid-February 2022) and rents for houses and flats averaged $488 per week, up from $404 in February 2021 (a 20.7% increase). Other towns that experienced severe flooding in February/March 2022 had recorded similar low vacancy rates and high rent increases before the floods occurred.

The impact on insurance premiums

By the 9th of March the Insurance Council of Australia (ICA) highlighted that insurance companies had received 107,844 claims related to the 2022 South-East Queensland and New South Wales floods, with 65 per cent of claims coming from Queensland and the remainder from NSW. In both States 80 per cent of claims are for loss or damage to domestic property, and, based on information from previous flood events, the estimated current cost of all claims is $1.62 billion.

The long term impact of such flooding events is that insurance premiums will rise further for people living in flood prone designated areas. In addition, it is likely insurance premiums will increase for other householders as insurance companies recoup losses from across their portfolios of insurance clients. In addition, the number of damaged houses needing repair will lead to increases in rebuild and repair costs as local labour costs increase (due to increased demand for skilled tradespeople) combined with pressures on the supply of building materials (there were already supply concerns in Australia before the floods due to the COVID pandemic).

The impact of natural disasters, such as flooding, is affecting people’s perception of liveability in moving to regional cities and towns. New AHURI research shows that when people might consider moving to a regional city, 66 per cent of people state that the impact of flooding is important or very important in affecting their decision of where to move to, slightly less than the impact of bushfires and extreme heat (72%). It is very possible that the scale of the 2022 floods will reduce people’s desire to move into flood prone areas, reducing the ability for such areas to grow (or to even rebuild economically from such disasters) and causing housing assets in the regions to drop significantly in value.

Figure 1: Importance of potential threat from different natural disasters, when deciding on a city to live in 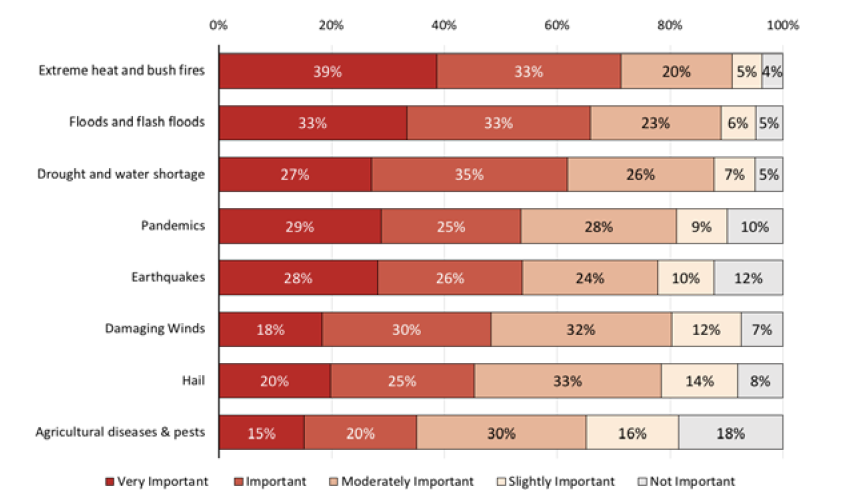