New research examines evidence of housing affordability and the housing situations and commuting patterns of key workers across a range of occupation groups in Sydney and Melbourne.

The events of 2020, particularly the COVID-19 pandemic, have highlighted the vital role many workers play in the functioning of cities and their resilience in times of crisis. But new research has found that many essential workers are struggling to access housing in Australia’s most expensive cities.

The study from AHURI found that across Greater Sydney and its adjacent localities only two local government areas had a median house price that was affordable to key workers on moderate incomes, and both these suburbs are over 150 kilometres from Sydney CBD.

The situation is no better in Melbourne, with only the Golden Plains local government area (over 80 kilometres from Melbourne CBD) having houses affordable to key workers.

The report found that the number of key workers living in inner city regions fell between 2011 and 2016, while outer suburbs and Wollongong, Newcastle and Geelong gained key worker residents, suggesting key workers are moving away from expensive inner-city areas to less expensive outer suburban areas and satellite cities.

‘There is significant movement away from inner-city areas among key workers aged 30–44 whose moves may be driven by factors like starting a family or a desire to buy a home rather than rent,’ says lead researcher Dr Catherine Gilbert from the University of Sydney.

‘This can lead to a shortage of more experienced workers in inner areas or to workers commuting long distances - which can exacerbate work related stress and fatigue. Long distances between home and work can also limit the ability of workers to be ‘on call’ and respond quickly to emergency situations and spikes in service demand.’

In fact, the research found that key workers in Sydney and Melbourne are more likely than the labour force generally to live in outer suburbs and satellite cities and to commute 30kms or more to work, typically by private car. 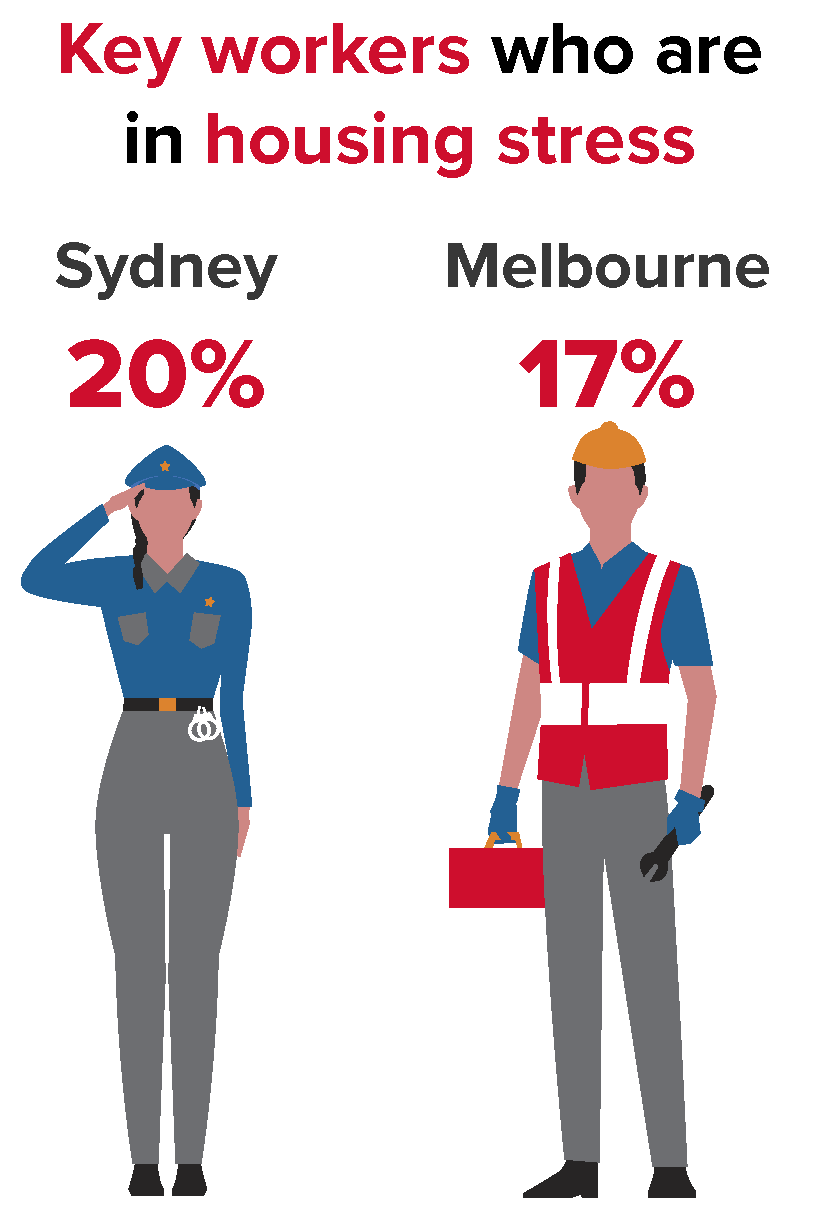 ‘The research findings provide another impetus for governments to address housing affordability, as failure to do so could impact the safety and functioning of our cities into the future,’ says Dr Gilbert.

On 29 July 2021, AHURI will host a hybrid one-day conference, Uncharted urban futures: Australian cities post pandemic. This conference will examine Australia’s population dynamics as a result of the COVID-19 crisis; the delivery of critical social infrastructure to support our changing cities and the particular urban transport challenges emerging from the pandemic.

The report can be downloaded from the AHURI website at http://www.ahuri.edu.au/research/final-reports/355