Measures of overcrowding need to consider more than just the number of occupants in a home: report

There is a disconnect between current measures of overcrowding and actual experiences of excessive density in Australian housing, according to new AHURI research.

The research, ‘How many in a crowd? Assessing overcrowding measures in Australian housing’, undertaken for AHURI by researchers from Curtin University and the University of Adelaide examines how overcrowding is measured in Australia and explores the relationships between various household density measures and the wellbeing of occupants.

How overcrowding is defined and measured has important implications for governments in terms of funding requirements, for allocating families to public and community housing, and supporting the creation of the appropriate mix of housing stock given household structures.

‘Our measures of overcrowding rely on objective or physical measures, such as the number of people and the number of bedrooms in a house. But overcrowding actually relates to an emotional or psychological response to feelings of being too crowded,’ says lead researcher Professor Michael Dockery of Curtin University. ‘The problem is that there is, at best, a very weak correlation between objective measures of density and peoples’ feelings of being too crowded. Those measures aren’t very good at identifying who is at most risk of experiencing negative effects of overcrowding in Australian households.’

Three types of living arrangements are common among overcrowded homes. These are: family living situations—large nuclear families, multigenerational family groups and extended family groupings; having visitors—particularly for Indigenous households as part of traditional movement and mobility patterns between communities; and house share arrangements—particularly for culturally and linguistically diverse households, such as where multiple families opt to live together in order to reduce their housing costs.

Through a series of interviews, the research explored the experiences of people living in overcrowded households. This investigation revealed substantial negative effects associated with overcrowding for many households, including lack of privacy; excessive noise; incidents of antisocial behaviour; child safety and wellbeing concerns; increased housework; food theft; and family and financial strain. Significantly, family strain heightened by overcrowding can lead to irrevocable relationship breakdowns and family violence.

‘For some households, there were positive effects of living in larger households including strengthening family ties and cultural identity,’ says co-author Dr Megan Moskos from the University of Adelaide. ‘Having lots of people living together was seen as normal and culturally appropriate; as long as their family life was functioning well and occupants were able to use their home as they wished, they did not consider their living situation to be overly crowded.’

The research reveals that overcrowding measurement systems should have the capacity to capture personal and subjective experiences of living in crowded environments. This includes exploring with residents themselves whether they consider their home to be overcrowded or not, and whether their current living situation meets their needs and works for them.

For households which are experiencing negative impacts of overcrowding, solutions include increasing the numbers and variety of social housing dwellings and broadening the role of the non-housing service sector to better manage the negative impacts for overcrowded households. 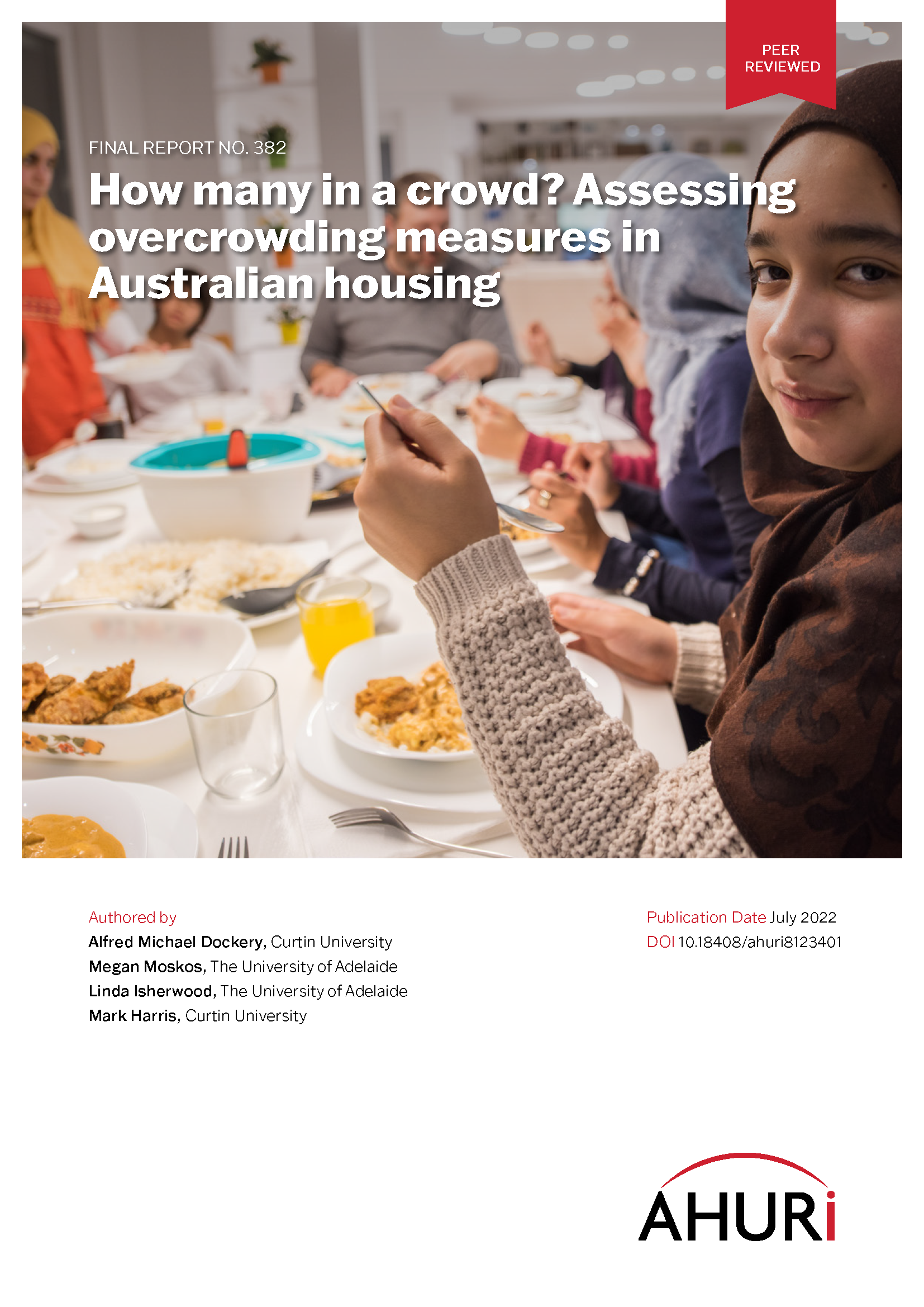